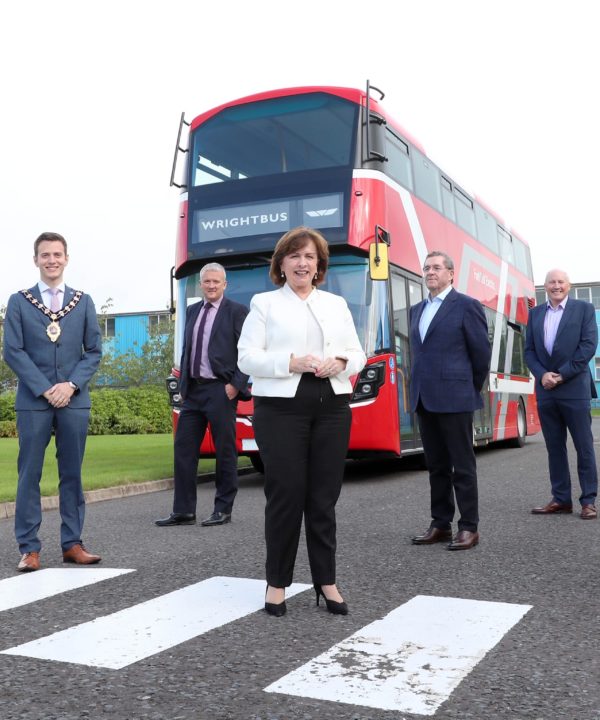 The Joint Venture (JV) plans to manufacture and distribute the patented electrolysers to the UK and worldwide from a base in Northern Ireland. The agreement that was announced by Northern Ireland Economy Minister Diane Dodds, is the culmination of several years of planning and consultation and the JV hopes to collaborate on numerous hydrogen projects throughout Northern Ireland.

Jon Duffy, CEO said “Everyone at CPH2 is proud to be involved in this new venture. Joe Scott our Co-Founder has worked extremely hard to promote the benefits of hydrogen in reducing CO2 emissions to the Northern Ireland Government, energy suppliers, and transport organisations”.

The CPH2 Membrane-Free Electrolyser™ is a unique way to produce hydrogen. The most common form of green hydrogen production is by water electrolysis using either a PEM (Proton Exchange Membrane) electrolyser, which has a polymer membrane to keep the hydrogen and oxygen gases in their separate streams, or a membrane-supported Alkaline Electrolyser. Membranes are costly and prone to failure. The CPH2 technology does not use a membrane in the reactor ‘stack’ therefore improving reliability and reducing both CAPEX and OPEX cost.

B9 Energy CEO and Belfast Climate Commissioner David Surplus OBE said “This is a really exciting time for us. Working with CPH2 to manufacture their hydrogen electrolyser is the first step on an exciting zero-carbon joint roadmap for both companies in Northern Ireland”.

The new partnership between CPH2 and B9 Energy will contribute towards the green hydrogen economy in Northern Ireland and support the Government’s efforts to decarbonise transport and ultimately the decarbonisation of heating and powering the country.

Dr. Nigel Williamson and Joe Scott established CPH2 (Ireland) in December 2012 with the ambition to help clean up the environment for our children and future generations. Entering the green technology sector; a high growth and profitable market, they developed a Membrane-Free Electrolyser™ to produce hydrogen faster, more reliably, and more cost-effectively than the incumbent methods which had barriers to adoption including scalability.

Hydrogen is widely recognised as being the green fuel of the future. It will enable populations and countries to attain true net zero carbon status. CPH2 realised that the cleanest way to produce hydrogen was by membrane-free water electrolysis using cryogenic separation and in doing so it would be a less expensive and more robust technology.

West Hill sourced and raised capital for CPH2 from an initial SEIS seed funding, before a further £2million EIS round. We are delighted to see the Company making such tremendous progress.